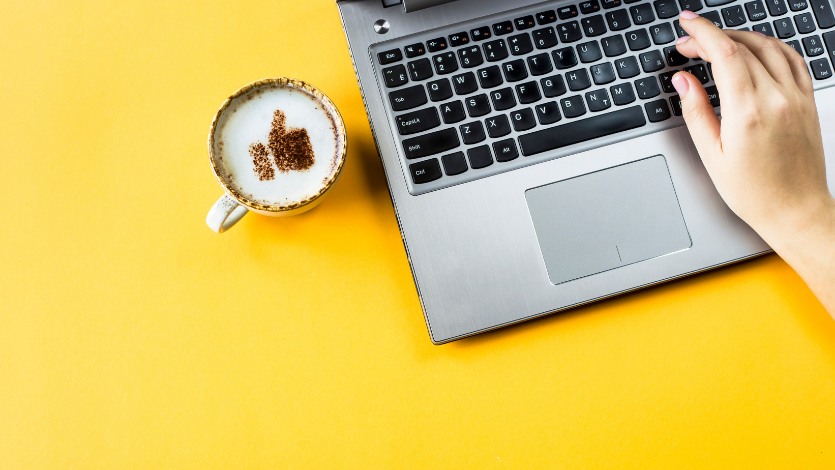 Just call us Emily Post because we’re here to share some bookish social media etiquette. If you’re new to a social media platform, it can sometimes be tricky to find your footing around what other users generally find acceptable and not. Especially when interacting with fellow readers, publishers, and authors, you always want to put your best foot forward and we want to help you do that! While people’s opinions on etiquette vary, we asked the NetGalley community about the unspoken rules they wish they had known when they started posting and here are a few of the most common responses.

When to tag authors in reviews
When we asked NetGalley members what social media rule they wish they had known when they first started their bookish channels, and the most popular response was the etiquette around tagging authors.

Every author has their own preference when it comes to tagging, but they generally all agree that they don’t want to be tagged in critical reviews.

Readers themselves have varying opinions on what a positive vs. negative review is. But in this case, if it isn’t a glowing rave review, remove the author tag (and the audiobook narrator tag when relevant!) and tag the publisher instead.

Untagging on Twitter
Picture this: Your favorite author announces their next book on Twitter. You reply to the tweet sharing your excitement, and then your bookish bestie replies to you asking if you’ll buddy read it together. Soon tweets are flying back and forth as you plan your read, and all the while the author is tagged. If the original poster isn’t engaging in the conversation, it’s thoughtful to untag them so they aren’t inundated with notifications. To do this, click their handle where it appears beside the text “Replying to” and then uncheck the box beside their name.

Don’t follow to unfollow
It can be easy to get caught up in the numbers game on social media—especially if you feel as though having a bigger following might make you stand out more to publishers. Some users have taken to going on following sprees in the hopes of being followed back, only to unfollow once they’ve achieved their goal.

This one is all about intention. Your feed is your own and you should always feel free to cull it in ways that make sense for you. But following with the intention of unfollowing is generally frowned upon and won’t make you any friends.

Use the appropriate channels for ARC requests
Avoid DMing publishers or authors to ask for ARCs. Instead, look to see if the title is on NetGalley. You can also check their websites for more information such as ARC request forms or the appropriate email address to reach out to. Publishers and authors have systems in place to help them organize ARC distribution and your chances of receiving an ARC are higher when you respect their boundaries and follow the guidelines they’ve set out.

Avoid reposting content that isn’t your own
This one happens frequently on Bookstagram. Users will sometimes see a photo that they like, screenshot it, and repost it to their own feed. If you see a gorgeous photo that you’d like to draw attention to, share the original post directly to your stories so that the likes, engagement, and credit go to the original creator.

Publishers and authors will often use a tool such as Repost which share photos they’re tagged in to their own feed while providing credit to the original poster. But when it comes to readers, sharing content you admire via your stories continues to be the preferred way.

Don’t steal
This one should go without saying, but there’s still a surprising amount of it going around. Whether it’s copying someone’s tweet or taking someone’s Bookstagram photo and editing in the book you’re reviewing, it is never okay to take someone else’s original work and attempt to pass it off as your own.

Share your inspiration
The bookish community is overflowing with creativity and you are bound to be inspired by another reader’s content at some point. If you decide to create something (be it a Twitter thread, TikTok video, or Bookstagram post) be sure you give credit to the person you got the initial idea from.

Respect cover reveal etiquette
Cover reveals help to build hype for upcoming releases, and readers are often eager to share them to spread the word about a book they’re excited about. However, there are a few things to keep in mind before you share.

If an author reveals the cover in their newsletter as a sneak peek for subscribers, wait to share the image with your own followers until the author has shared the cover on their social channels. Be sure to read the email thoroughly for information about when the cover can be shared and celebrated.

If a cover reveal is shared in an article, share the article and not the image. Journalists and bloggers rely on website visits from cover reveal articles, and it’s respectful to direct traffic there on the first day—especially because those articles often feature bonus material that the author wants to share such as an excerpt or interview!

Engage genuinely
One of the keys to strong and consistent engagement is being genuine. It’s easier than you think for people to tell when someone is engaging with content in the hopes of gaining something for themselves. If you find yourself engaging simply with the goal of what you’ll get in return, take a step back. There’s nothing wrong with wanting to grow your platform, but if you want sustainable and long-term growth, building it takes time and works best when followers feel as though they can trust you.

Don’t forget that engagement is a two-way street. Reply to the comments you receive and make sure to leave comments yourself on others’ posts.

What’s a piece of bookish social media etiquette you wish you had known when you first started posting?