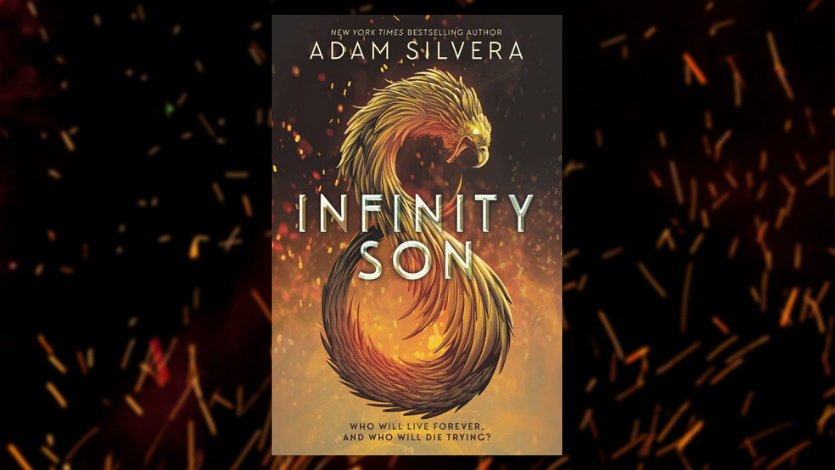 Adam Silvera is known for making us sob. Personally, I don’t dare start one of his books without a box of tissues handy. But his latest is an exciting leap into the world of fantasy! Infinity Son follows brothers Emil and Brighton as they’re swept up into a war between celestials (born with supernatural abilities) and specters (who take powers from mythical creatures). Here, Silvera talks about the challenges of writing his first fantasy book, the importance of queer representation in this genre, and which literary character he’d want as his superhero sidekick. 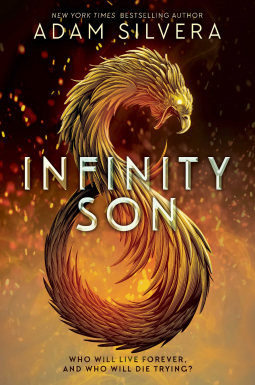 You’ve been thinking about this series since you were eighteen. Did anything change when you sat down to start writing?

SO MUCH CHANGED. Back when I was eighteen my main character was a heterosexual guy, there weren’t phoenixes. It was set in a magical academy in an original world, and focused heavily on zodiacs. That is not the book I’m publishing now, which I’m very happy about.

This book is packed with magical creatures, powerful beings, plot twists, and a large cast of characters (each with their own story arc). What was the plotting process like, and how was it different from your previous works?

This was my first time writing an original fantasy novel while also juggling four narrators. It was so challenging, but I’m also so happy I pushed through all the difficulties so I can show readers–and myself!–a bigger scope of a world I love creating and living in. I used the program Scrivener to help me keep track of all the threads, character/creature profiles, world-building notes, ranges of power, and everything else this story demanded.

The book follows twin brothers Emil and Brighton. Emil is very much a reluctant hero, while Brighton wants the glory of being a savior. What drew you to explore these two different heroic tropes through twins?

The story originally began as just Emil’s, but then when I was writing his first chapter he randomly brought up a brother I hadn’t intended to write. I followed that thread and they were so distinct in how they viewed heroism. Emil represents how I would feel if I had to be a magical hero today–terrified and desperate to be normal again. Brighton represents how I would feel as a teenager who wanted powers–cocky and reckless. It’s fun playing with their dynamic.

As you said, both characters have their own idea of what it means to be a hero. What do you think it means?

For me being a hero means putting yourself out there for the betterment of another. Being there for a friend in need, private charity contributions, defending a stranger.

Brighton was probably the most fun to write. Brighton is good people but he has such an ego, which makes his voice so distinct and (usually) easy to write. The most difficult may have been Ness, our shapeshifter with a dark past who’s working for the enemy gang. There were times I cut out his chapters because it was tricky to withhold key parts of his story from the reader, but I happily figured it out.

Infinity Son is the superhero name that Brighton suggests to Emil. If you were a superhero what would your name and superpower be, and which literary character would you want as your sidekick?

I love this question! I would want to be called Silver Rose, which pulls from both my last name Silvera and my mom’s last name Rosa. For my power, I’ll go with telekinesis because it can be used for offense and defense and with enough training I could carry myself through the air so I could fly. For my sidekick, I’ll go with Hermione Granger, though let’s be real, I would be her sidekick.

Social media is an integral part of this story, both as a tool and as a weapon. Why did you decide to make it such an important aspect of Infinity Son?

I’ve always loved including social media in my novels because it is such an integral part of how we live our lives. It’s how we make friends, it’s how we stay updated on people’s lives whether we want to or not, it’s how we learn from strangers. But it was fun reimagining the ways we would use Instagram and YouTube if people had superpowers. I have many more plans for incorporating social media through the rest of this story’s arc!

One of your inspirations for this story is X-Men, and similar to X-Men, the treatment of celestials and specters often serves as a metaphor. Can you talk about the process of weaving real injustices into your fantasy world?

I never intended to fully mirror any marginalized community’s experiences, but for anyone who has ever been oppressed for just being, or been blamed for what someone else who shares their identity may or may not have done, I imagine they may relate to what the magical people within this novel are going through.

In your introduction, you talk about your personal experience of coming out a few months after discovering a fantasy novel that featured queer characters. Can you talk about the impact of literature on embracing our identities?

Adam Silvera is the New York Times bestselling author of They Both Die at the End, More Happy Than Not, and History Is All You Left Me and—together with Becky Albertalli—coauthor of What If It’s Us. He was named a Publishers Weekly Flying Start. Adam was born and raised in the Bronx. He was a bookseller before shifting to children’s publishing and has worked at a literary development company and a creative writing website for teens and as a book reviewer of children’s and young adult novels. He is tall for no reason and lives in Los Angeles.