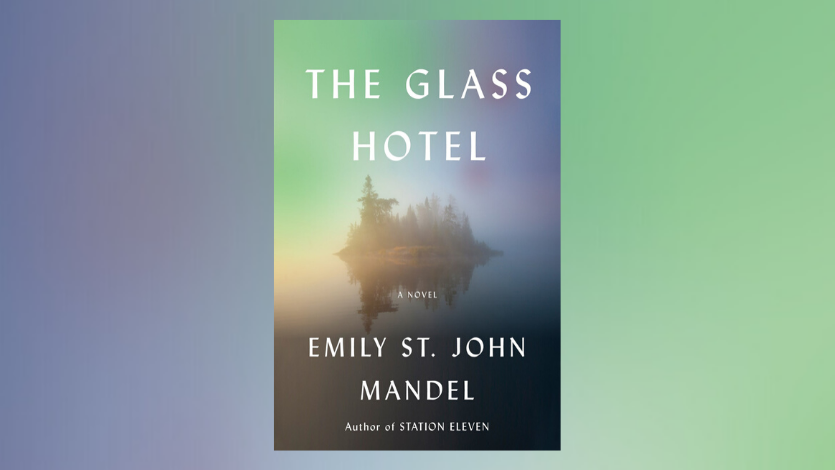 Emily St. John Mandel’s The Glass Hotel weaves together multiple threads to tell a story about how the decisions we make can come back to haunt us. It follows Vincent and her half-brother through years of their lives, reflecting back on a striking moment from their childhood and flashing forward to Vincent’s sudden disappearance. Here, Mandel shares the inspiration behind her novel’s creative structure, the white-collar crime that shaped the story, and why she’s fascinated by ghosts. 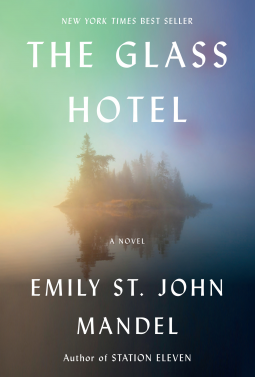 There are a lot of interesting structural things happening in the book: it’s broken into three parts, one chapter has indented paragraphs that take place in the future, others have numbered or titled sections within them. Why did you decide to structure the novel in this way?

Thank you, I’m glad you found those choices interesting! Sometimes I’ll try some unusual structural thing because I came across it in someone else’s fiction and want to test it out. I came across titled sections in a wonderful short story by George Saunders a couple years back, for example, and liked the way it broke up the narrative and also provided subtext, so I borrowed that idea for the Vincent chapters in The Glass Hotel.

Sometimes I do weird structural things because I’m just trying to figure out how to translate the story from my head to the page. I’m thinking in particular of the second chapter of The Glass Hotel, where I wanted the character to be commenting on the action from the vantage point of twenty years in the future, and the most elegant way I could think of to separate the two timelines was to insert indented paragraphs.

There’s a TV adaptation in the works and you’re currently working on the pilot. Is there a particular scene you’re most looking forward to seeing translated to the screen?

I’m looking forward to seeing the holiday party. Imagine a party where a fair percentage of the revelers know they’re about to be arrested by the FBI. They’re in denial, or making plans to flee the country, or resigned to their fates and getting drunk on free cocktails. I think there’s a lot of potential for interesting drama there in a TV episode.

This book is, at its heart, a ghost story where characters are haunted both by people from their past and by decisions they’ve made. What were you hoping to capture about classic ghost stories, and what did you want to be different?

I wanted to write a few classic ghosts, and they’re in there, but I also wanted to write about different ways of being haunted. I’m going to go out on a limb and suggest that very few of us make it to adulthood without accumulating a little catalog of regrets: things we shouldn’t have done, things we shouldn’t have said, decisions that were idiotic in retrospect, moments when we weren’t kind. Isn’t that a kind of haunting, the way your thoughts return to those moments? Or here’s an idea that interests me: Consider the possibility that your life is haunted by the ghosts of all the lives you didn’t live.

In the novel, readers see that it’s often the smallest choices, the ones characters don’t think twice about at the time, that stay with them and have the biggest impact. What drew you to exploring this idea?

That’s an idea that I’ve always been interested in, and that I’ve used in a few of my novels, probably most obviously in my third novel, The Lola Quartet. I think that imagining the most catastrophic possible outcome from any given decision is probably an occupational hazard for novelists and other writers who think in terms of plot and narrative arc.

You’ve said that the hotel in the book is your “dream hotel.” Why is that?

Because it’s beautiful and located in one of my favorite parts of the world.

One of the threads in the novel is inspired by Bernie Madoff’s Ponzi scheme, but money itself (the freedom of having it, the obstacles of not having it) is a focus of every plotline in the book. Is that something you knew you wanted to incorporate early on or did it develop as you got deeper into the story?

That was there from the beginning. I’m interested in money as a topic, because it affects our lives so profoundly. I wanted every section of the book to be in some way about both a) money and b) hauntedness, broadly speaking, which I realize sounds kind of pretentious but when you’re writing a novel, it can be useful to have some organizing principles.

When the Ponzi scheme is uncovered, readers hear from specific employees working at the company but also from a collective narrator who uses we/us and speaks on behalf of the office. Use of those pronouns seems to draw in the reader, including them in the group. What inspired that choice?

I was interested in writing about collective guilt and collective criminality. I think that from a psychological standpoint, “we committed a crime” is easier to say than “I committed a crime.” We like to hide in the crowd, so to speak. If your job involved showing up at work every morning to commit a financial crime, then I think one of the things that would allow you to sleep at night would be telling yourself that everyone around you is doing the same thing.

I really loved Charles Yu’s recent novel, Interior Chinatown. It’s hilarious and also heartbreaking, which is an unusual combination. I also loved a novel I read recently called The New Wilderness, by Diane Cook. It’s about a group of people living in the wilderness while society crumbles around them, and it’s stayed with me in a way that few books do. The writing is beautiful and I can’t stop thinking about it.

Emily St. John Mandel’s four previous novels include Station Eleven, which was a finalist for a National Book Award and the PEN/Faulkner Award and has been translated into thirty-two languages. She lives in New York City with her husband and daughter.