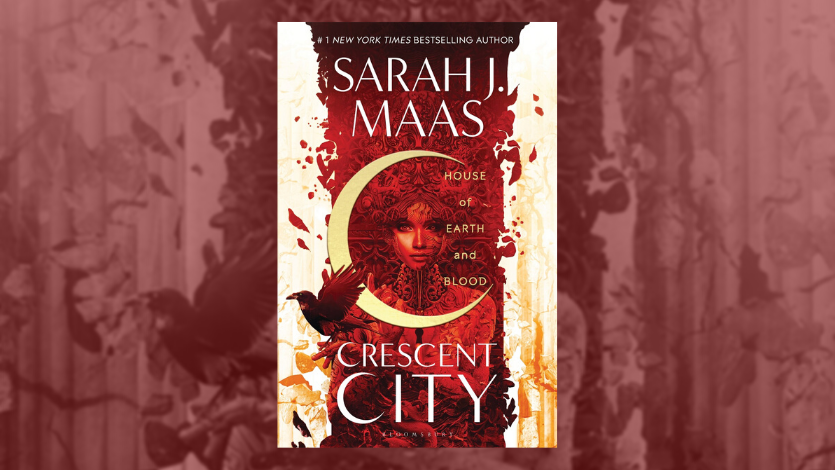 Sarah J. Maas is making her adult debut this March with House of Earth and Blood. The first book in the Crescent City series, House of Earth and Blood follows Bryce Quinlan, a half-Fae/half-human who teams up with angel Hunt to track down the demon who murdered her friends. While this new book is set in a world vastly different from Maas’ other series (the recently finished Throne of Glass and the on-going A Court of Thorns and Roses), readers are still sure to find the same elements they love in Maas’ other books: heart-stopping action, danger around every page turn, a world infused with magic, and steamy romance. I sat down with Maas to talk about the launch of her first adult series, the magical creatures that populate the book, and the character she can’t wait to see readers cosplay. 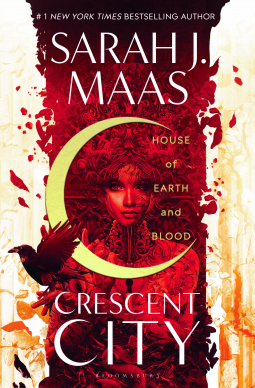 Kingdom of Ash was published in 2018. It’s the end of the series that started it all, and now readers will get to read the first Crescent City book. What is it like to be closing the door on such a major chapter in your life and starting something new at the same time?

I have so many emotions. There are tears of sorrow, but also tears of pride. I started the Throne of Glass series as a teenager, and now I’m a mom. I had a baby in the same year that Throne of Glass wrapped up; one chapter in my life closing as one was beginning. I’ve literally worked on these books for half of my life. Every page I wrote of Kingdom of Ash, I was aware of that teenage girl and how this was her crazy dream. It was a very emotional time.

But the chapter doesn’t feel completely closed because The World of Throne of Glass will be coming out (though I don’t yet have a release date for it!). The premise of that is: a few years after the events in Kingdom of Ash, Aelin commissioned a very cranky old scholar to write the history of the war. It will feel like a book you could pull off the shelves in Terrasen, and it includes letters and notes from the characters who survived. They get the chance to share their thoughts on what happened and what they’re doing now.

As much as it made me cry to finish the series, it’s exciting to think about what comes next. It almost feels as if all these doors are opening to new stories in that world. Like chapter one in the Throne of Glass saga is coming to a close, but what will chapter two bring? I don’t think I could ever close the door to that world completely; there are so many stories I want to tell.

In three words, what can readers expect from House of Earth and Blood?

In the past, your books have taken inspiration from myths and fairytales such as Hades and Persephone and Hansel and Gretel. What were you inspired by for this series?

It would be a little bit of a spoiler to say. There are a lot of references that I think readers will pick up on, but I’ll leave it a secret for now.

This world is packed with all manner of mystical beings. How did you decide which kinds of magical and paranormal beings you’d include?

It depended on who popped into my head at the moment: Is there a vampire trolling the clubs? Are there angel armies in the sky? As I’m writing, I sit down and wonder what would work well in the scene, if I can play off any tropes about that creature, or if I can create a new one. The world of Crescent City is ordered and run like the Roman Empire, but instead of one emperor, you have seven ruling entities. Then there are the complex hierarchies in the government and armies, so I’m considering that as well.

The setting of this new world feels more modern than in your other works—there’s an urban fantasy feel to it. What inspired this?

I love urban fantasy; I love paranormal romance. I never thought that I would write one myself because I could never think of an idea for one. Years ago while on tour, I was on a plane and listening to a piece of music and a scene began playing out in my head. That scene is now the climax of the first Crescent City book.

The idea stuck with me and I began writing it for fun if I had any extra creative energy at the end of a day of writing the Throne of Glass or A Court of Thorns and Roses series. It was a secret passion project for a lot of years. When I was starting to think about what comes after Throne of Glass, this was the book that I wanted to write the most.

It’s been really fun to write about this completely new setting and figure out the rules of the world, who occupies it, who rules it. I love the initial phase of discovering the world of the series. Even though they’re in an urban setting, the world-building was just as complex as Throne of Glass. It came with its own host of challenges. If I need characters to communicate quickly then cell phones are great, but if I need to keep information from them I need to find a reason for that phone to break.

You and I have talked before about how music is important to your creative process—the finale from Swan Lake inspired a major moment in the Throne of Glass series. Can you talk about the song that inspired that first idea burst for Crescent City?

The song I was listening to was “Shenzou” from the Gravity soundtrack. I’ve actually listened to that piece while working on my other books. Crescent City was also inspired by “Waking Up” from the Oblivion soundtrack. I saw key parts of the opening chapters play out in my head while listening to it. So I had the end and the beginning and had to figure out what happened in the middle.

This is your first adult novel. Did having a different audience in your mind change your writing or editing process at all?

Not really. This book wound up being adult because when Bryce walked into my head she was in her 20s. I wanted her to be at that age where she was fresh out of college and figuring out what to do with her life.

Your readers love to cosplay. Is there a character from this new book that you’d be excited to see readers cosplay?

Everyone. The world of Crescent City is populated by every magical and mythological creature you can imagine, and some new ones. But if I had to pick just one, I’d say Hunt, the hot angel warrior. There’s also this character named Lehabah and she’s a fire sprite. She looks like a flame given form. She’s the guardian of a library where magical books want to escape and she keeps them on the shelves. And she binge watches paranormal romance shows. She’s one of my favorite characters.

How many books can readers expect from this series?

Right now, it’s a trilogy. But we’ll see. I go to all this trouble to build a world and create these characters, but I’m somehow going to say goodbye after just three? I’m not sure if I can; I get too attached. The ACOTAR series was supposed to be three, and it’s gone beyond that. So I have a feeling it’ll be more than three.

House of Earth and Blood is on shelves now, but readers will have to wait for the announcement of book two’s release date. What books do you recommend readers pick up while they wait?

If readers want something in the vein of Crescent City, pick up anything by Nalini Singh, all of her books are brilliant. There’s also J.R. Ward, Karen Marie Moning, Gena Showalter, Ilona Andrews, Jennifer L. Armentrout, Laurell K. Hamilton—I could keep going! I just read this amazing nonfiction book called D-Day Girls by Sarah Rose. It’s the true untold history of the women who were recruited to be spies for Britain in Nazi-occupied France. It reads like an action movie. Some of the women were mothers, others had no careers, and they were all trained in this elite, secret unit. They literally learned how to kill men with their bare hands. The book follows three of these remarkable women. If you want a really empowering read, that’s a great one. 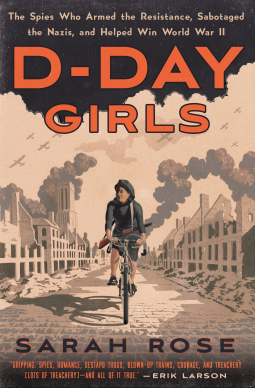 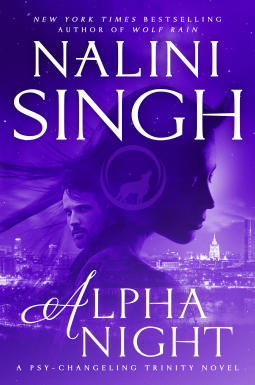 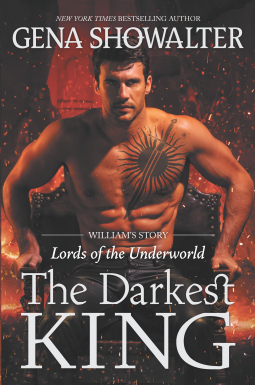 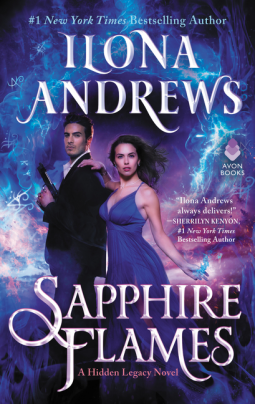 Sarah J. Maas is the #1 New York Times and internationally bestselling author of the Throne of Glass and A Court of Thorns and Roses series, as well as the upcoming adult series Crescent City. Her books have sold more than eight million copies and are published in thirty-six languages. A New York native, Sarah currently lives in Pennsylvania with her husband, son, and dog.