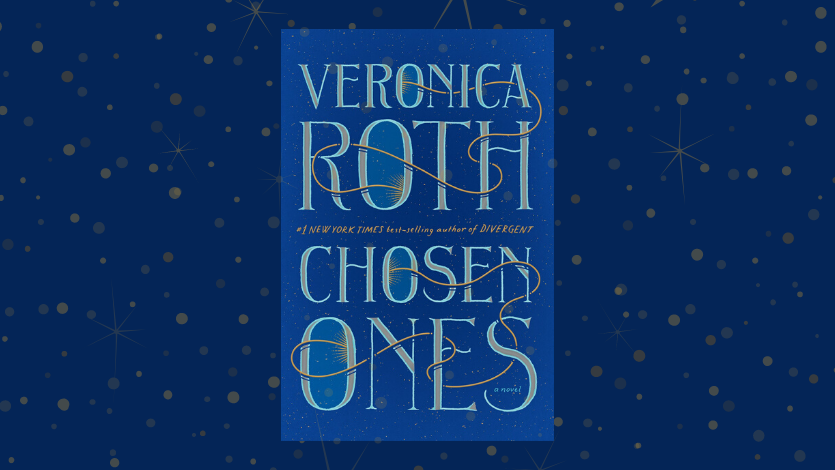 Do you ever wonder about what happens to your favorite characters after they finish saving the world? Veronica Roth’s first adult fantasy book explores just that. Chosen Ones follows Sloane, one of five chosen ones who worked together to defeat the Dark One as teenagers. Ten years after their victory, Sloane is still grappling with her past and struggling to find purpose. But the Dark One may not be finished with her just yet, and a new threat means Sloane and her fellow chosen ones are forced to decide if they’re willing to fight against evil once more. Here, Roth talks about the chosen one trope, the connection between magic and desire, and writing alternate timelines. 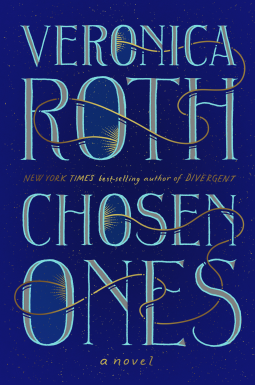 The chosen one trope typically points to a single character. Why did you want to have five (Sloane, Matt, Albie, Ines, and Esther)?

Honestly? Because it’s more fun this way. I wanted the book to be playful, even though it touches on some more serious things, and one way to do that is to develop a group of friends with a rich history and inside jokes and fun banter. It makes Sloane seem more alive, like she existed long before the story began.

Why do you think the chosen one trope has remained so popular?

A chosen one story is basically just a hero story, à la Joseph Campbell’s monomyth, so they will always be a part of literature. What I like about them, though, is the “lonely, but special” character—set apart because of fate or because of unique skills or qualities they possess, with a special purpose that is also a torment. Maybe it’s a relief to realize that you aren’t one by reading about them. Maybe they make us believe we could be one of them. Maybe it’s both.

Bert is Sloane’s mentor of sorts, but also a character who mirrors other chosen one mentors in literature in that he’s secretly making decisions behind the scenes that he doesn’t communicate to Sloane. How did you go about developing Bert’s effect on Sloane?

Sloane’s struggle with Bert is about coming to terms with what happened to her, at last. Ten years after taking down the Dark One, she’s finally letting herself get angry about her entire childhood being destroyed, and Bert is just the focal point of that, though he’s hardly the only one who contributed to it.

When I decided to write this book, I wanted to take a look at what adults are doing in these chosen one stories because most of the time our chosen ones are young, much too young to be taking on such adult burdens. So what the hell is with the adults in those stories? Who sees the imminent destruction of the world and looks to a teenager to fix it? (Well… we do—all the time.)

In addition to offering Sloane’s point of view, the book incorporates articles, textbook excerpts, and government memos and documents. Did you know early on you wanted to structure the story this way or did that develop as you wrote?

It very much came about while I was writing. Originally I was only going to include one document: the celebrity profile that opens the book. I thought meeting Sloane that way—through the eyes of a misogynistic reporter, but also the eyes of the world, which sees her as prickly and unlovable—and then in the narrative chapter that follows, showing her vulnerability as she wakes up from a nightmare, was a good way to show both sides of her, the public-facing one and the private one.

But as I went, I realized I needed to tell the story of ten years before. In order to understand who Sloane is now, you have to know what she went through. I didn’t want to do that through flashbacks, which I find bog a story down if there are too many of them or if they aren’t necessary, so I decided to do it through the documents that Sloane requests from the government. That way, she is learning about her past at the same time that we are.

The celebrity profile you mention is the reader’s first glimpse of Sloane through the eyes of a reporter who believes the “most interesting thing” about her is her relationship to the Dark One—in particular, the reporter wonders about the time she spent as the Dark One’s prisoner, which she’s never publicly spoken about. Can you talk about that concept (of women being defined in this way) and how it shaped Sloane’s character?

Just to be clear about what exactly Sloane endures, because I think it’s important to warn people accurately: She’s not the target of the Dark One’s violence, she is not physically harmed by him. All of that violence is inflicted on Albie, and Sloane is a witness to it and made to be complicit in it. This doesn’t negate her trauma in any way, it just changes the specific nature of it. That said, this is of course something that our society does to women, defines them so closely with trauma that they aren’t allowed an identity apart from it, which I think only encourages people to keep their trauma hidden. No one wants to be defined by the worst thing that’s ever happened to them, and no person is defined by that.

Sloane keeps hers hidden because she blames herself for what happened to Albie, and it informs her perception of herself as not being one of the “good guys”—even though she saved the world!—along with a couple other things from her past and present. That self-perception matters a great deal throughout the book—especially in the end, which I won’t spoil. She isn’t able to control the way she uses magic, for example, because she isn’t in touch with her desires or her true nature. I wanted to make sure that whatever Sloane endures actually affects her. It’s not just window dressing. It’s significant to the story and to her character. It’s also not everything she is, or nearly the most interesting thing about her, as that journalist says.

The magic system in this book requires a character to feel desire for something impossible, rather than relying on innate ability. What made you want to use desire as fuel for magic?

It came from Sloane. At one point in the story, Sloane says that she doesn’t know what she wants, other than to be left alone—which is almost the same as wanting nothing at all. I wanted magic to be something that Sloane struggles with, and for it to be related to her inner struggle. And I think desire is a complex thing, for women. From an early age, we are taught not to want things freely—to be suspicious of what we want. You want that guy to stop flirting with you? Maybe you should give him a chance. You want that big fancy job? Maybe you should be more realistic. Temper your desires, ladies. They can’t be trusted.

So to have desire be the source of magical power, I think, is a fascinating thing. It says, learn how to want things, even if you can’t get them. That has been the struggle of my adulthood, knowing that disappointment may come but it’s okay for me to want things, big things, regardless.

Both this book and your Divergent series take place in Chicago. What keeps drawing you back to this city as a setting?

I love it here. I work from home, you know, so I could technically live anywhere, and I live here. When you write a book, you spend over a year living in a place in your mind, so it better be a place that interests you and engages you. For me, that’s Chicago.

Architecture was also a focal point for me in establishing the alternate history of the book, and Chicago’s architecture reveals its history. So that was helpful, too.

As you mentioned, there’s an alternate history at work in this book and the timeline separates with the space race. Why did you pick that time in history?

I needed the point of divergence to be relatively recent, to justify the two universes being similar. I looked at major events in that time period and tried to think of one that I could alter to unleash magic on the world. I also watch a lot of nature documentaries. I think at that time I was watching the deep sea episode of Blue Planet and, unrelatedly, I just so happened to see the 1989 documentary For All Mankind, which is comprised of original footage from NASA’s Apollo program about landing on the moon. You can see how all these things would coalesce at the same time, for me.

Your book takes place in the time after the chosen ones have already saved the day. Are there any chosen ones in literature you’d be curious to read their ‘afters’?

Mostly, my feeling is that not every book has to meet every expectation—the reason we don’t get to dig into the psychological aftermath of being a chosen one, in other series, is because that’s not what those books are about or for. It is, however, what fanfiction might be for. So I guess what I’d love to see is the immediate aftermath of Harry Potter defeating Voldemort. Like two weeks later, when he goes shopping for necessary wizard-y items, what happens then? Did he ever get a new owl? Did he travel for a year to find himself? Or Paul Atreides immediately after his duel in Dune (Dune Messiah, the subsequent installment in the series, takes place twelve years later)—what was that like?

Can you give us any hints about what comes next in the series?

Right now, it looks like the second book is going to be about what happens when you get exactly what you want. If that sounds ominous… it’s supposed to.

Veronica Roth is the #1 New York Times best-selling author of the Divergent series (Divergent, Insurgent, Allegiant, and Four: A Divergent Collection). She was just 22 years old when Divergent hit shelves, and the series went on to sell more than 32 million copies worldwide. She is also the author of the Carve the Mark duology (Carve the Mark, The Fates Divide), and many short stories and essays. She lives in Chicago.