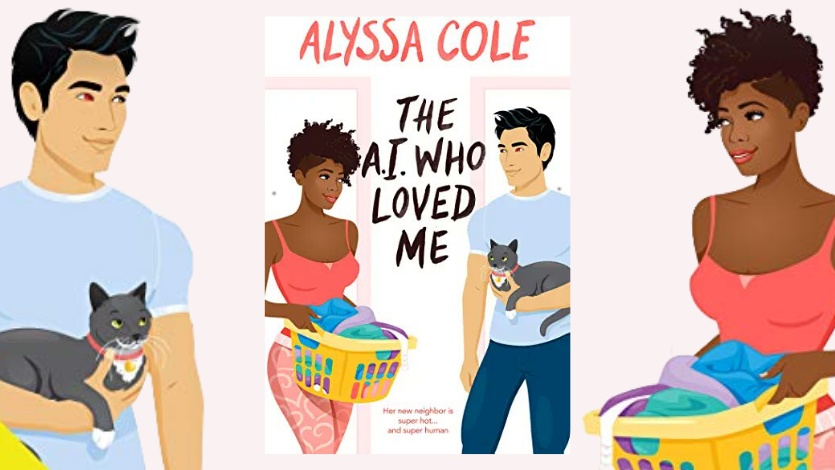 Last year, Alyssa Cole debuted the Audible Original novella The A.I. Who Loved Me, narrated by Regina Hall and Feodor Chin. This near-future tale follows Trinity Jordan, who works remotely for a government research center as she recovers from a traumatic accident. The comfort of her daily routine is interrupted by the arrival of Li Wei, a neighbor who isn’t what he seems. Today, this audiobook is hitting shelves once more as an ebook! To celebrate this release, here’s a conversation I had last year with Cole about the joys of writing an audio-exclusive story, the dangers of technology, and what comes next in this series. 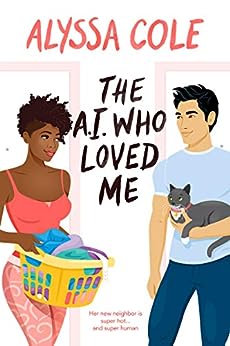 What was the inspiration behind The A.I. Who Loved Me?

The story is actually a combination of a few ideas that I had that didn’t work out on their own: a rom-com about a woman accidentally training a hot A.I. and a near-future dystopia. I realized “why not both?” and added some 90s action romance into the mix.

I think the challenging part was the fun part! It involved figuring out how to make this a unique audio experience, but also something that would work in book format. So I was thinking about where to place sound effects for maximum emotional impact, how dialogue would sound, and so on.

The book explores the way technology impacts autonomy and humanity, as well as what it means to be human. What drew you to writing about this?

I’ve always been fascinated with science and technology, and my writing has been a place where I’ve really had a chance to incorporate that. I’ve also always loved a good robot story, probably because they can lead to deeper exploration of what humanity is in contrast.

Novellas have the challenge of giving readers a satisfying story in a much smaller package. All of your novellas do a fantastic job of balancing character development, romance, and greater themes (such as mental health, agency, etc). How do you go about balancing all of those elements?

It’s basically like adding recipe ingredients without measuring and then tasting to see if it tastes good. I realize it’s missing a little romance, a little backstory, a little plot, then adjust accordingly.

You’ve previously written about characters struggling with the impact of trauma on mental health. Was there any aspect of that connection that you hadn’t explored before that you were interested in exploring with Trinity’s story?

I write a lot about mental health in general because dealing with it is part of my everyday life, but I was also recovering from an extreme burnout while writing this. I had just experienced a situation where I literally couldn’t even write and felt like I had no real control of my brain or my body. I think some of that seeped into the story.

You use humor in all of your books, but this story felt particularly funny. Was that a choice you made knowing it would be an audiobook or did it come from the story and the characters?

Thank you! I did try to make it funny, and tried to use the audio format to play that up in some ways. I was also trying to really lean into the rom-com aspect to balance out some of the more serious aspects of the novella.

Li Wei is rebooting at the beginning of the book and as he upgrades he begins to sound more human and less like an A.I. How did this impact the way you wrote his chapters?

He doesn’t have much of a sense of self at the beginning, so his chapters are shorter and a bit more distant. As he came into himself, I was able to draw more from what his personality is at a given point in the story.

There’s a sinister undercurrent throughout the book, which comes every time we see the dangers of technology (advanced warfare, surveillance states, etc). It reads like a warning. Was that intentional? Did writing this story give you new insight or change the way you think about artificial intelligence and the future of technology?

I was already interested in these topics, but ever since I turned in the final draft I’ve seen so many things that I wrote as hypotheticals that are actually a reality—and some of which are already getting used for highly dubious things. The other day there were videos going around of these cute robot “dogs” and then we learn they’re already being tested by local police. The footage from doorbell cameras so many people are using for safety can be accessed at any time by authorities. The home A.I. systems people are using record everything they say… There’s so much changing so quickly right now, and most of it isn’t really regulated. I’m of course not anti-tech, but I do think there are many ways it can go wrong if we don’t pay attention.

A love of audiobooks made you want to write an audio-exclusive story yourself. What audiobooks would you recommend to your readers?

The end of the book teases a follow-up story! Can you tell us anything about that?

The next book will be Trinity’s friend Yana’s story. She’s trying to right a wrong she had to commit. I can’t give away too much, but in the same way The A.I. Who Loved Me is a sci-fi twist on “hot next-door neighbor,” her book is a sci-fi twist on the “forced proximity” trope. 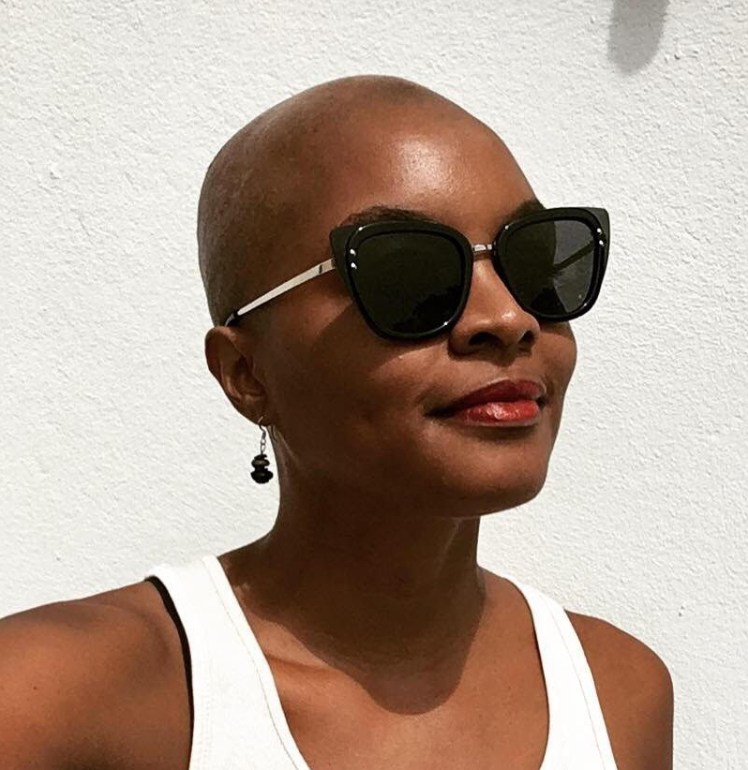