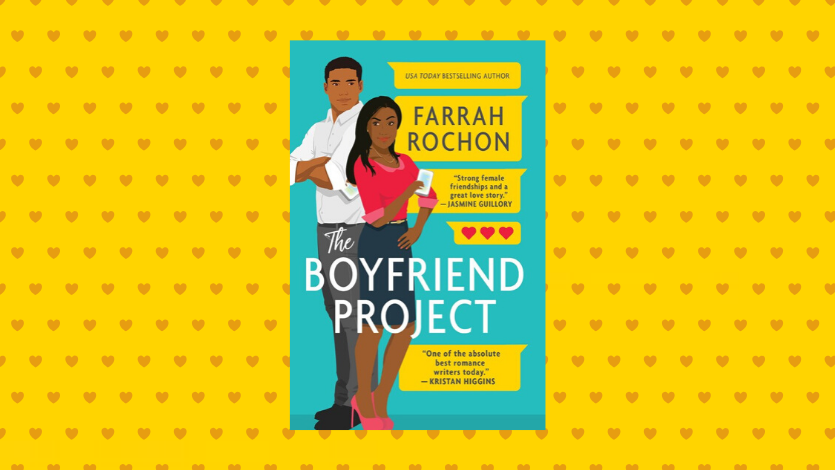 Contemporary romance fans are in for a treat with The Boyfriend Project by Farrah Rochon. The book follows Samiah Brooks after a viral tweet reveals the man she’d been dating has been seeing two other women. After taking out the trash, the three women become friends, and the new support helps to inspire Samiah to develop the app of her dreams and to start opening her heart to her cute new coworker, Daniel Collins. Here, I asked Rochon about the inspiration behind the story, the importance of friendship as a central theme, and what readers can expect from the next book. 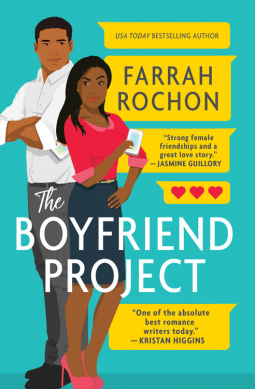 What first sparked the idea for The Boyfriend Project?

Twitter! I’ve witnessed numerous live-tweet moments on Twitter over the years. One day, it occurred to me that it would be a great plot device. As with most of the books I write, all it took was that single seed, and that idea just grew from there.

Friendship is a core part of this story (from the way Samiah, Taylor, and London come together to support each other to Samiah’s app idea). What drew you to this theme?

Honestly, it happened organically. I did not expect the three women to develop this instant friendship, but the chemistry between them popped off the page. It was very early into the writing process that I realized this book would be slightly different from my others, because it became clear that the sisterhood between Samiah, Taylor, and London was essential to the story.

Samiah, Taylor, and London dub themselves “squad goals” and it’s true in more ways than one. If you could hang out with them for a day, where would you go and what would you do?

That’s easy! I would want to be part of their weekly Girls Night Out get-together. I can’t think of anything better than an evening filled with margaritas, yummy snacks, and lots of chatting with those three!

Daniel is a government agent. Romance readers typically see characters such as FBI agents in suspense but not as often in contemporary books. What inspired that?

Actually, Daniel works for the Financial Crimes Enforcement Network, which is even rarer. In fact, I had never read a romance that featured a hero that worked for FinCEN. I ran across an article about the bureau, and thought it was fascinating that the Treasury Department had its own in-house intelligence agency. I knew I had to do something with this, and thus, Daniel’s job as a FinCEN agent was born.

As a result of his job, Daniel keeps secrets from Samiah. As a writer, how do you balance relationship growth alongside a could-kill-said-relationship secret?

This is always tricky, because trust is such a huge part of a relationship. I firmly believe if a writer includes deception as a part of their plot, there had better be a really good reason for it. I thought the reasons behind Daniel’s secret were not only plausible, but necessary. One of the reasons he tried so hard to fight his attraction to Samiah is because the necessary deception didn’t sit well with him. But, of course, the attraction won out.

Samiah and Daniel have some really honest conversations about how the tech industry treats Black women and the pressure that puts on Samiah. Was that something you knew from the very start you wanted to incorporate into her story?

Absolutely. Having worked for a tech company in Austin, TX about a decade ago, I knew that I couldn’t write a Black heroine working in tech and not address this issue. It’s something that so many women of color, and Black women in particular, have faced in their professional lives—having to work extra hard in order to stand out or to prove themselves worthy of their position. I wanted to tell that story.

Can you tell us anything about the next book in the series?

The next book in the series features Taylor Powell, the fitness guru and youngest member of the trio. She has struggled to get her fitness consulting business off the ground, and believes she’s hit pay dirt when ex-NFL player Jamar Dixon hires her as his personal trainer. But, of course, all isn’t as rosy as it seems.

If readers haven’t picked up their copy yet, which indie bookstore would you like them to support? And do you have any virtual events coming up readers can attend?

I currently have a partnership between a great local indie bookstore, Garden District Book Shop, out of New Orleans, and Libro.fm. Readers can order a personalized copy of The Boyfriend Project, and if they forward their receipt to Libro.fm, they get a free copy of the audiobook!

Readers can check out my website and social media for a list of my upcoming virtual appearances.

There are a number of fabulous books that have recently been released. I can’t say enough good things about Sajni Patel’s debut The Trouble With Hating You, and Sharina Harris’ fabulous women’s fiction novel, (Im)Perfectly Happy. Both are fun, yet meaty stories that provide the perfect escape. 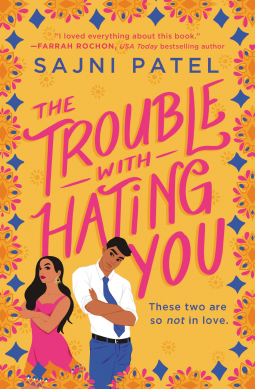 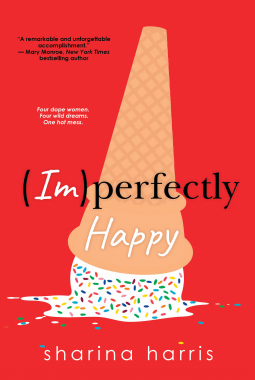 USA Today bestselling author Farrah Rochon hails from a small town just west of New Orleans. She has garnered much acclaim for her Holmes Brothers, New York Sabers, Bayou Dreams and Moments in Maplesville series. When she is not writing in her favorite coffee shop, Farrah spends most of her time reading, cooking, traveling the world, visiting Walt Disney World, and catching her favorite Broadway shows. An admitted sports fanatic, Farrah feeds her addiction to football by watching New Orleans Saints games on Sunday afternoons.