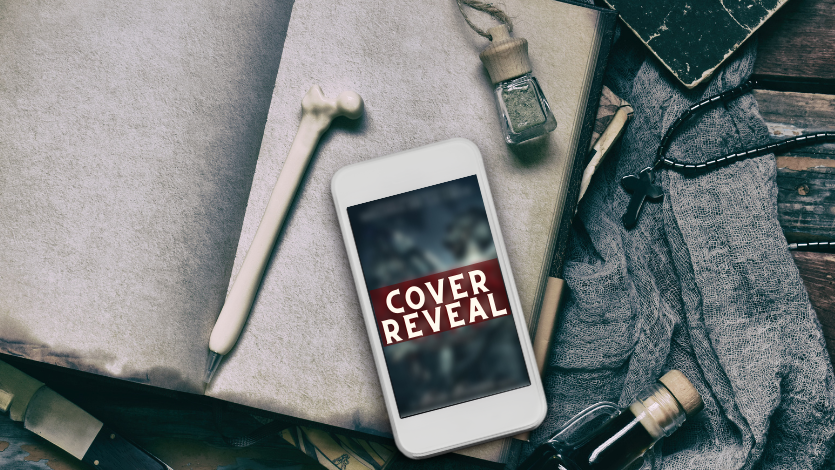 Vampire fans, have we got a treat for you. Next summer Melissa de la Cruz returns to her New York Times bestselling Blue Bloods series with After Life. We Are Bookish has an exclusive reveal of the cover and excerpt, plus a first look at the repackaged covers of Blue Bloods, Masquerade, and Revelations! But first, sink your teeth into our mini-interview with Melissa de la Cruz.

I have cover approval but I leave all the brainstorming and creative thinking about the cover to the experts! We have a tremendously talented design team at Hyperion and they make the most beautiful covers. When they showed me this cover I felt weak in the knees! It’s gorgeous! I can’t even remember if I had one note for tweaks. I thought it was perfect!

What inspired you to write After Life? What was it like to return to this series?

It had been several years since I had wrapped up the series, and it felt like the right time to go back. I got an idea on how to do it again, and so I pitched it to my editor and she loved it. I just missed those characters so much and I had an idea to bring them into 2021. So much has changed since I wrote the book in 2003 and I wanted the Blue Bloods world to reflect that.

In three words, what can readers expect from After Life?

Do you judge books by their covers? What’s your favorite cover?

A beautifully designed cover catches the eye and intrigues the reader to pick it up. Of all my Blue Bloods covers, I love The Van Alen Legacy one the most. The red lips under the white veil… just such a great contrast!

What books do you recommend we pick up while we wait for After Life to hit shelves on July 12, 2022?

Read the first series! There are seven novels, a short story collection, an encyclopedia, and so many spinoffs—Wolf Pact, Witches of East End, Summer on East End, Vampires of Manhattan! That should keep everyone busy reading. 😉

Now, let’s get our first peek at After Life!

The first three books in the Blue Bloods series are being repackaged. Take a look here at the new covers of Blue Bloods, Masquerade, and Revelations. Click each cover for a closer look!

Here’s the official summary for Afterlife:

The Blue Bloods are back…more fanged and fabulous than ever.

After defeating Lucifer and sacrificing the love of her life, Jack, Schuyler wakes up back in New York safe and sound. Only it’s not quite the New York she knows, and she’s not in her regular body. She looks different and feels different and so does everyone else. Schuyler soon discovers that in this world, her best friend has a different last name, her parents are both alive and well and one of them is an entirely different person, and the love of her life? Not so dead after all. The catch? Jack has no idea who she is.

As it turns out, Schuyler is not in her New York. She’s not even in her universe. This is an alternate reality. One where Lucifer is alive and well and acting as mayor of New York, Blue Bloods are luring humans to clinics to drain their blood, and Jack is Lucifer’s right hand man. Just when she thinks all is lost, Schuyler is contacted by a familiar friend—the Silver Blood, Kingsley. The Kingsley from her world. He actually remembers the Schuyler she used to be! But he also has a theory, and it’s one she doesn’t like. That Schuyler was sent here to defeat Lucifer. Again. And that she’s the only person in this universe or any universe that can defeat him.

Ready for an After Life excerpt? Here’s your first look:

From flat on her back, she saw the roiling purple clouds, churning like a witch’s brew. Cold concrete under her back and raindrops on her face. Once, years ago, she’d fallen asleep on the M106 bus coming home from school, and it had taken her a startling moment to realize she’d missed her stop. Now a similar but more desperate panic gripped her heart.

She felt strange, disoriented, like everything had turned upside down. Where was she? What was happening? Why was she lying on the sidewalk?

Another raindrop splattered on her cheek and she wiped it away. She pulled herself up. Her head hurt, but her heart hurt more. Her memories were hazy, but through the blur she felt an excruciating grief. Then it all came rushing back: the wet, bloody frenzy of the fight, the demons attacking as she rallied the Blue Blood vampires to her cause, the wolves arriving at the last moment, the Battle for Heaven at the Gates of Paradise, holding her sword aloft as the Dark Prince loomed before her . . . and . . . she caught her breath.

She remembered it like a punch in the gut.

She’d been holding the archangel Michael’s flaming sword, and she’d been faced with a choice: save Jack Force, the love of her life—or kill Lucifer and save everyone else, ending the angelic war forever. Defeat the Morningstar and lead her people back where they belonged.

How beautiful Jack had looked, even then, at the end, his teeth clenched, his platinum hair plastered to his face. He had caught her gaze and nodded. He knew what she would choose, and he loved her for it. He’d reached out to her with his heart, assuring her that everything was going to be okay. He knew what was coming, and yet—it would all be fine. “Always. Always and forever.” And then the demon Danel drove his sword into Jack’s back, striking him dead before he even hit the ground.

Schuyler gasped at the memory, at the shock of it. She remembered the look of surprise on Lucifer’s face when she plunged Michael’s sword through his chest in the next moment, the rattle of his final breath leaving his lungs, and the resounding explosion as the very fibers of the universe quaked with his death, the cacophony rivaling the scream that escaped her throat.

Lucifer’s words had torn into her soul: You loved him and you let him die.

The last thing she remembered was collapsing near Jack’s body. All she wanted was to be close to him. She looked into Jack’s lovely but unseeing emerald eyes one last time, and then came darkness.

But now she was awake.

Melissa de la Cruz is the author of the #1 New York Times best-selling Isle of the Lost series, as well as many other best-selling novels, including Alex & Eliza and all the books in the Blue Bloods series: Blue Bloods, Masquerade, Revelations, The Van Alen Legacy, Keys to the Repository, Misguided Angel, Bloody Valentine, Lost in Time, and Gates of Paradise. She lives in Los Angeles, California, with her husband and daughter.