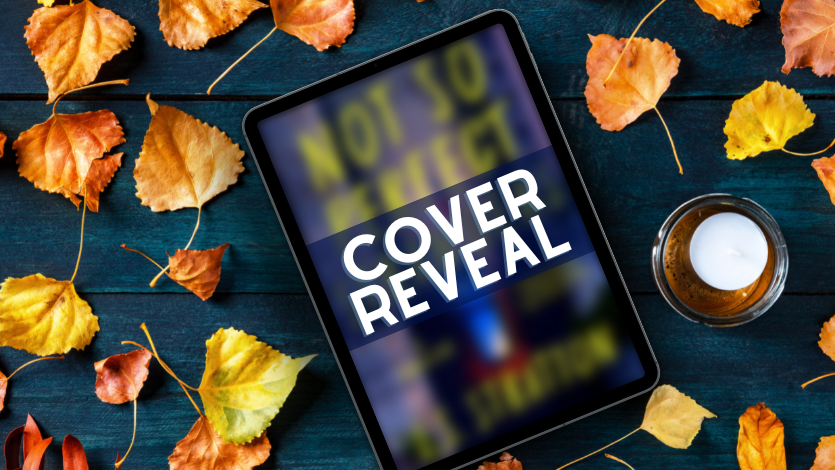 Are you ready to be one of the first to get an exclusive look at L.S. Stratton’s Not So Perfect Strangers? This thriller follows two women who need to escape their marriage and the murderous consequences of their meeting. We Are Bookish has an exclusive reveal of the cover, but first, read our mini-interview with the author.

I’ve written under other pen names and had my fair share of book covers, but this is the first time I’ve ever had anything like this! The concept is based on one of the opening scenes in the novel after the two protagonists, Tasha and Madison, meet at a hotel. Their meeting is brief and random, but it starts the domino effect of events that lead to murder. The cover shows the moment when Madison is walking away from Tasha’s car after being dropped off at a “safe house.”

I love the color scheme the graphic artist chose. All the deep blues and grays, and then there’s Madison in the car’s headlights in this shockingly bright red dress with a long shadow stretching behind her on the asphalt. It looks ominous—something I think will grab thriller readers’ attention.

What inspired you to write Not So Perfect Strangers?

Alfred Hitchcock is known as the Master of Suspense, and there have been several modern adaptations of his works. I’ve seen Strangers on a Train, a film that Hitchcock adapted from the 1950 novel by Patricia Highsmith, a few times. I always thought the concept was interesting—two strangers who meet by chance in a train car who have people in their lives they would love to get rid of. One of them suggests that they do each other a favor by committing crisscross murders to take away their nuisances. The other laughs off the suggestion and deboards the train, never expecting to see this odd stranger again… and the real story begins.

Again, Hitchcock’s works have been adapted before (Strangers on a Train, included), but I wondered what would happen if I made it more reflective of my reality and my own experiences. What if I set it in the 21st century and changed the characters and setting, while introducing reflections on feminism, race relations, etc., but kept the tension and overall premise that made the original story so good? What would that novel look like? That’s what I tried to do with Not So Perfect Strangers.

In three words, what can readers expect from Not So Perfect Strangers?

Cover design is constantly changing and evolving. Is there a current trend in covers that you enjoy? What do you think is the secret to a good book cover?

I love the illustrated covers where the artists have been allowed to “do their thing” and introduce abstract but insightful concepts with their artwork that still reflect the novel thematically. The images are not necessarily a literal recreation of a character or a scene, but you can tell the artist “got” what the author was trying to say. You see it a lot in literary fiction and YA, and I think you’re starting to see it more in other genres like mysteries and thrillers.

What books (other than your own) do you recommend we pick up while we wait for Not So Perfect Strangers to hit shelves in March 2023?

Thrillers I’ve read or are on my current TBR pile that I would recommend: #FashionVictim by Amina Akhtar, The Last Housewife by Ashley Winstead, Anywhere You Run by Wanda M. Morris, and Jackal by Erin E. Adams.

Now, let’s get our first peek at Not So Perfect Strangers!

​​Here’s the official summary for Not So Perfect Strangers:

One fateful encounter upends the lives of two women in this tense domestic thriller, a modern spin on Alfred Hitchcock’s Strangers On A Train that flips the script on race and gender politics.

Tasha Jenkins has finally found the courage to leave her abusive husband. Taking her teenage son with her, Tasha checks into a hotel the night before their flight out of D.C. and out of Kordell Jenkins’s life forever. But escaping isn’t so easy, and Tasha soon finds herself driving back to her own personal hell. As she is leaving, a white woman pounds on her car window, begging to be let in. Behind the woman, an angry man is in pursuit. Tasha makes a split-second decision that will alter the course of her life: she lets her in and takes off.

Tasha and Madison Gingell may have very different everyday realities, but what they have in common is marriages they need out of. The two women want to help each other, but they have very different ideas of what that means… They are on a collision course that will end in the case files of the D.C. MPD homicide unit. Unraveling the truth of what really happened may be impossible—and futile. Because what has the truth ever done for women like Tasha and Madison?

L.S. Stratton is a NAACP Image Award-nominated author and former crime newspaper reporter who has written more than a dozen books under different pen names in just about every genre from thrillers to romance to historical fiction. She currently lives in Maryland with her husband, their daughter, and their tuxedo cat.